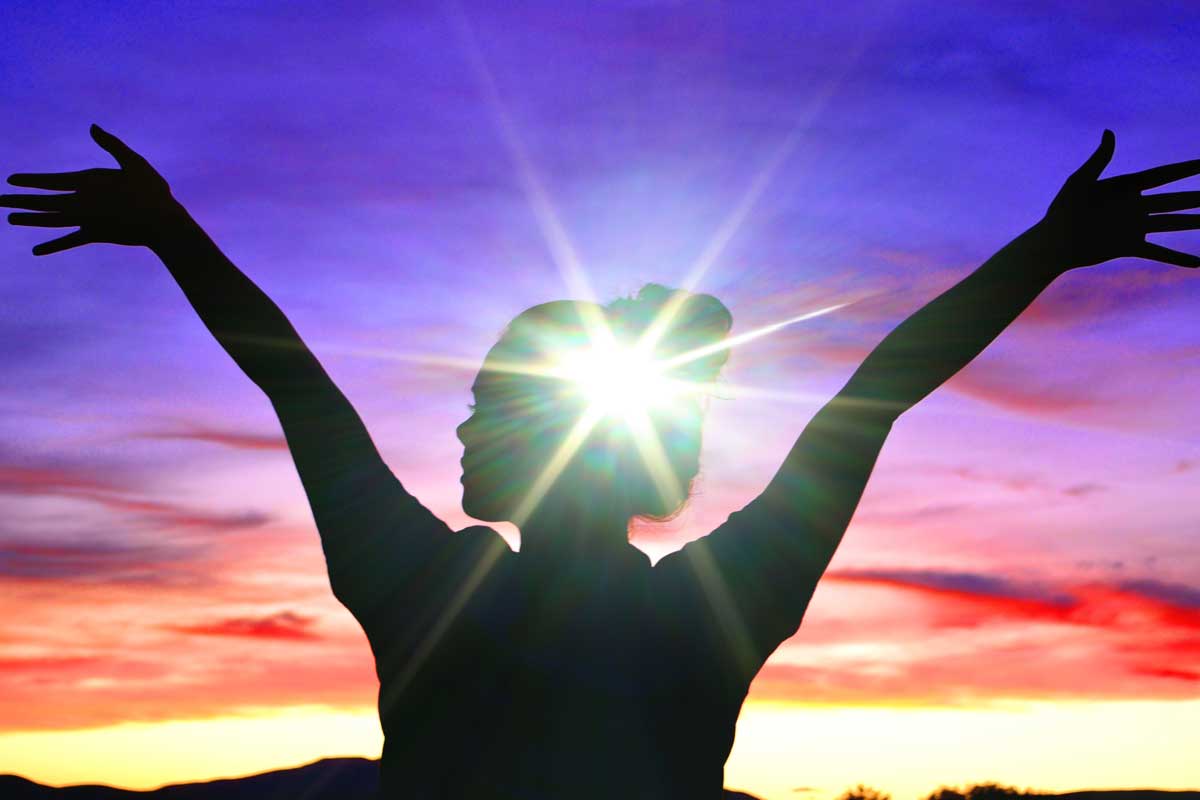 When to Stick to the Plan and When to be Flexible

Of course, no question – careful and thorough planning is absolutely essential for a successful video shoot. That said, there are occasions when there can be huge value in keeping an open mind and relaxing your plan to allow for flexibility.

The trick is knowing when to stick to the plan no matter what and when it’s time to let go and grab an unexpected opportunity. And it’s often the unplanned, ‘happy accidents’ that bring the extra magic to a video – if you know how to spot them and manage them efficiently. Sometimes it can be a close-call and that’s when the experienced judgement of your production company comes into play.

But What Can You Do to Help?

Collaborating effectively with your video producers will go a long way in helping them get the best results from your shoot days. And a good place to start is to understand the areas where flexibility can be beneficial and where sticking to the plan is essential. Do this, and you will more easily identify your priorities and manage the expectations of your team.

Keep the Nature of Your Video in Mind

Be clear in your mind what sort of video you have commissioned. Is it a tightly scripted and storyboarded piece, involving specific staged moments of action and speech, such as is typical in an advertisement, or does the treatment present a more organic approach, including ‘fly on the wall’ acquired footage and dialogue captured through a natural prompted conversation? Or is your video somewhere in between, mixing elements of these two extremes.

Obviously, the more your video rests on a tight script and storyboard, the less room there will be for flexibility during the shoot. Although, even then there may still be opportunities for fresh creative input on the day, most likely in terms of small details rather than the main direction.

Before conducting an interview, we will digest the key messages and essential facts that you’ve identified in your brief. It’s our job then to make sure that your interviewee expresses these points to camera.

However, even here it’s worth keeping an open mind when filming interviews and allowing some room for some spontaneous exploration. Typically, when we’ve covered all the essential messaging, we’ll often give the interviewee a free rein and ask “Is there anything else you’d like to say?” or “Is there anything we haven’t covered you think people might find surprising or interesting?” or even more provocatively we might dig deeper with “Why should anyone care about all this do you think?”

Time and time again this is when the interviewee speaks with passion and conviction, and distils something brilliant that wasn’t included in the brief, but is clearly excellent. And if as the project manager, such freedom makes you nervous, there’s no need to worry, we don’t actually have to use these ‘wild card’ comments in the final film if they aren’t ‘on message’, but time spent on a little exploration like this has often delivered gems that have proved invaluable to the final video.

The Stars Are Sometimes Not Who You Think They Are

If your video is going to include members of your team or community, it’s worth remembering that you can’t always predict who is going to be great in front of a camera.

Naturally, there are always some obvious candidates who are fairly extravert and able to think and speak on their feet.

But equally there are often people who will surprise you too. Don’t fall into the trap of immediately picking the high status or most diligent people around you to put forward as participants. Precisely because these people often bear a lot of responsibility and the stakes may be high for them, they can tend to be overly controlled and rehearsed on camera, making their contribution somewhat lifeless.

By contrast, we’ve known cases where ‘the odd job’ man has outperformed senior management in articulating the spirit of a company, where the ‘rebel’ has outshone the Head Prefect in expressing enthusiasm for school life and where the newest recruit voices important insights that come from their fresh perspective.

Undoubtedly – particularly here in the UK – the weather is the number one reason to be flexible in project managing your video. If pleasant outdoor shots are important to the look and feel of your video then it’s always a good idea to ‘pencil in’ two or three dates for any particular shoot day, so that shooting can be postponed or supplemented with indoor shooting on bad weather days.

Clearly then, right from the start, you will need to establish a flexible attitude towards timings among any participants you have lined up from your team. This shuffling can be really worth the effort, in that good weather will often help obtain some of the most stunning shots for your video.

On the other hand, be flexible about this principle too. Depending on the direction of your video, there can also be scenarios where the atmosphere of so called ‘bad weather’ might add to your message. We recently made a film about Search and Rescue operations and the bad, winter weather was very helpful in adding to the drama. These things have to be judged on a case by case basis, again resting on the experience and creativity of your production team.

Famously, filming with children can sometimes have its challenges. We’ve worked extensively with children in a number of settings including foster care, education, the Arts and with child actors.

It can be just that little bit harder to estimate how long it might take to get the desired performance from children, which can have a knock-on effect on a filming schedule. Sometimes a shooting slot with children may run a little over time, so the next thing on the schedule may need to be dropped or pushed back.

It takes careful direction to get a good performance from children without killing their natural expression. Even if you are looking at the clock and thinking about the next thing on the schedule, you may have to pretend that you’re not. Children may need a little warming up in terms of experimenting with different approaches or bringing a playful element into the filming process which can take a bit more time. If you’re relaxed about this they will be relaxed too and have confidence in expressing themselves in your presence.

With this in mind, think carefully before you book in a slot with children before a slot with a time-pressed VIP or CEO on a tight schedule who won’t be able to hang about while you wrap things up with the kids.

This may all sound like a bit of a headache, but if children are part of your messaging, it’s well worth being adaptable to get the shots. The natural exuberance of children and their delight in the world around us can often result in wonderful footage that brings extra vitality to a film.

On occasion, we’ve been asked to acquire footage of wildlife in a video and clearly wild animals can bring great visual interest to a video. But wild animals, more than almost any other subject, are very unpredictable when it comes to presenting themselves to camera. You can be lucky and get the shots you want quickly or you could be trying for many hours or even days. This means that wild animals need to be in the ‘nice to have’ category on your shot list and not central to your narrative unless, that is, you’re making a specialist animal video which is a whole other story.

When to be Strict About the Plan

Plainly there are also times when it’s absolutely vital to stick strictly to the production schedule and shot list, so never lose sight of when shooting falls into this category. These instances can include –

• When a key participant is on a tight schedule (e.g the CEO has a plane to catch )

• There is a limited time slot for access to a venue

• The meter is running on an expensive venue, expert, actor or piece of equipment

• You’re there to capture an unrepeatable event, such as a VIP speech, a firework display or live performance

"killing Your Darlings" - You Just Have to Let Some Things Go

When you’ve been involved with many hours, days or even weeks of planning and filming, it’s only natural to become very invested in particular shots and scenes.

Before the edit has even begun, you’re already making the film in your imagination, including your favourite moments from the shoot.

Sometimes things work out exactly as you hoped and the shots you thought were going to be great sit perfectly in the final edit – but sometimes they don’t.

This is when you’re going to have to ‘kill your darlings’ and let those shots be dropped. It’s hard, but shots that seem promising in the shoot might be brilliant as individual shots, but that doesn’t mean they always work in the edit. And there are times in the edit when keeping an open mind about the evolution of your video is even more important to get the best results.

There have been a few occasions where clients have come to us with a carefully storyboarded concept either before or after filming. Now the last thing we want to do is pour cold water on other people’s ideas – especially when those ideas come from our clients, but the reality is no storyboard ever survives the first edit completely in-tact.

Better ideas come along once you see the shots juxtaposed. Some scenes work better than others, and what looked a good idea on paper can look lame in the edit suite. This is why the most carefully scripted Hollywood features still undergo six, seven or more iterative edits until it feels right and everyone is happy.

Equally though, no one wants to see a good shot go to waste. So don’t despair, if you’re building up a library of corporate material there is always potential to use it in a future video – no good shot is ever wasted.

A ‘rainbow moment’ can be anything exciting, beautiful, dramatic or funny, that happens unexpectedly, but makes for great footage. And it’s shots like these that can bring an added uniqueness to your film.

For example, we’ve had a stream of skateboarders turn up, back lit by sunshine and a glittering ocean, people tumbling in a pile of balloons, an old lady dancing with a dog, the surprise discovery of a field of red poppies, a visiting owl and yes… rainbows.

The ability to weigh up the value of filming something unexpected, at the expense of postponing or even dropping something more hum-drum can add real value to your production. The decision has to be taken in the moment when shooting, and it may well be for the best to re-think your plan on-the-fly in order to capture that magical moment. 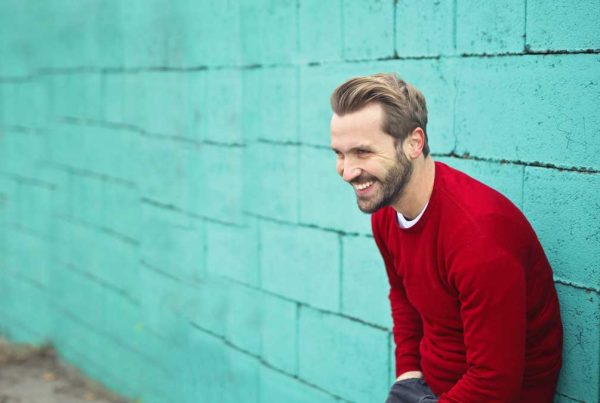 How to Prepare Your Team for Filming Interviews 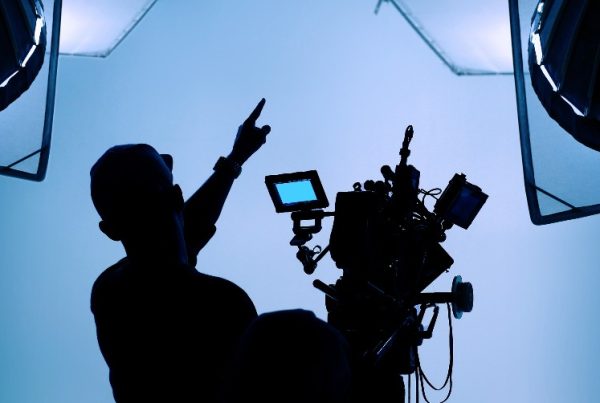 How can I get best value for my video budget? 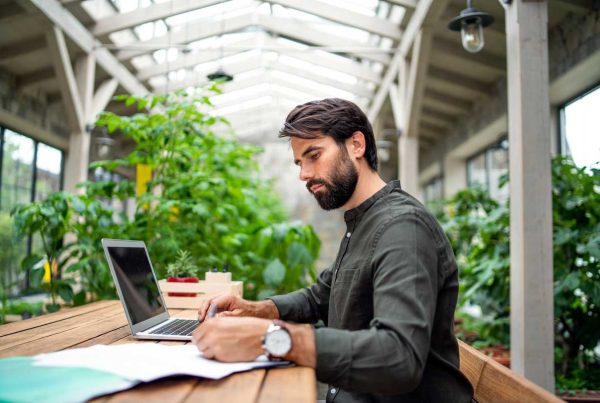 How to Write a Video Brief