How To Hook Your Video Audience – The Power of Contrasts

How To Hook Your Video Audience – The Power of Contrasts 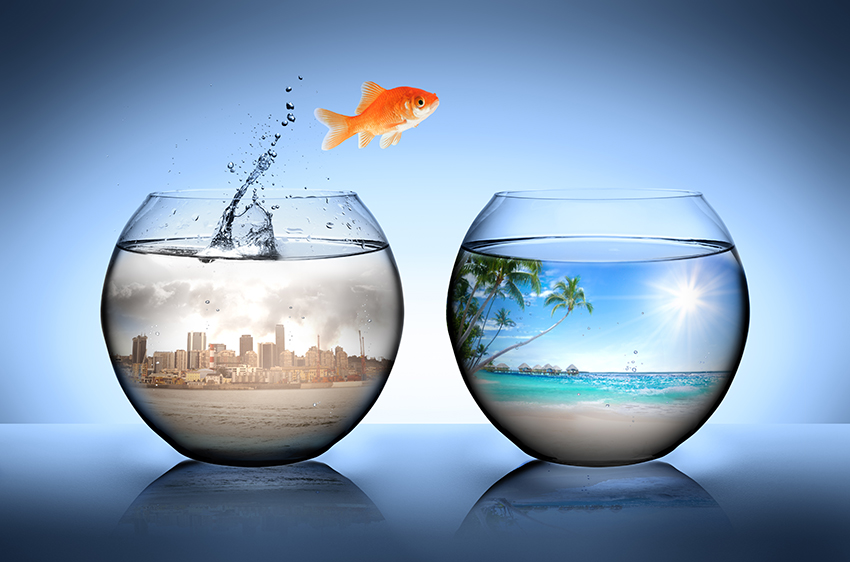 In recent years, neuroscience has shown that your brain doesn’t really operate as a single entity. In fact, we have several brains working at the same time.

For example, the frontal lobe – the bit that sits above your eyes – is where all the planning and rational thinking happens, whereas areas at the side, such as the temporal lobe, deal with functions like memory, hearing and sequencing.

Importantly, deep inside our brains is an older more primitive part of ourselves, known as the reptilian brain and despite our evolution, this part of the brain is often still in charge. It determines what we pay attention to and sways our decisions.

You would think that decision making would go on in that clever logical area at the front and in the newer outer layer, but not so. In combination with the middle areas of the brain that process emotions, the reptilian brain is still controlling the show – much more than you might think.

So why does it matter to you and your video project?

Understanding how to appeal to the reptilian brain in the minds of your audience will help you grab attention and get the response you want.

One of the features that the reptilian brain will remember and connect with is the use of contrasts, so it’s well worth thinking about how you can build contrast into your video.

Below are three videos we produced in which we used contrasts to create a memorable and impactful effect.

In this video, we aimed to convey a sense of wonder and discovery for Shakespeare’s New Place – a major cultural attraction in Stratford Upon Avon. By opening the video in a night time scene that then bursts into brightly coloured daylight, we highlighted contrasting atmospheres and the promise of a varied sensory and emotional experience for visitors. The sudden change from night to day also has an element of surprise that helps embed the memory of the video in viewers’ minds.

Polesaver are the makers and distributors of an ingenious product that effectively prevents wood rot in telegraph poles, power cable poles and fence posts. Their requirement was for a product explainer video that would demonstrate how the Polesaver product worked to any audience around the world, no matter their level of expertise or their spoken language. Relying on visuals alone, we created contrasting before and after scenarios – one showing what happens to a pole without Polesaver and one showing a different outcome when the product is applied. The way Polesaver works and its effectiveness is made crystal clear without any need for textual or verbal explanation.

The brief for this project was to create a collection of short videos (one example below) that would highlight the benefits of Hazlewoods’ tax expertise to potential clients. The video was to be memorable and present a friendly, approachable impression of the firm. The final concept revolved around the idea of a little boy who turns out to be precociously more appreciative of helpful tax services than his parents. The contrast between his apparent innocence, yet adult grasp of accounting creates an ironical twist to the videos, making them both amusing and contrary to typical expectations. This collection of videos went on to win an award for marketing in the financial services sector.

If you would like to know about neuromarketing and how to use contrasts to reach your audience we recommend the book Neuromarketing by Patrick Renvoise and Christoph Morin.

If you would like to explore ideas and possibilities for your own video production project, please contact us via our Bristol or Cheltenham office at either –