How to Ensure Success for Your Development Campaign Video

How to Ensure Success for Your Development Campaign Video 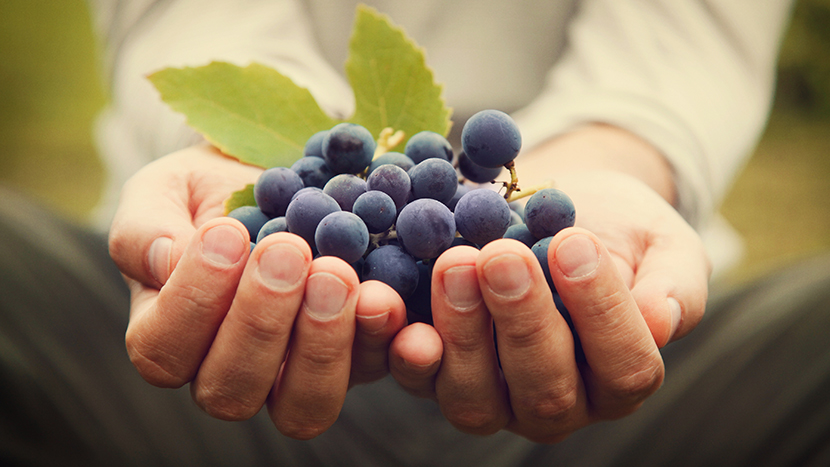 When it comes to development video, the key to a successful campaign is choosing the right approach to both the production and release of your video.

In this post we outline some tips and tactics that will help you make the most of your development campaign video.

To get the most from video, it’s always worthwhile staging your video release in keeping with the unfolding phases of your campaign. This means you will achieve waves of benefit from your video, rather than dissipating its impact in one hit.

Right at the outset a video can be an excellent vehicle for getting MDPs (Major Donor Prospects ) on board with your campaign. Media friendly MDPs can actually appear in the video, provide venues for filming or help with generating ideas in the early stages of pre-production. Through this involvement they become invested in your development project and bring insight into the MDP perspective.

Your video will also prove powerful in enhancing other one-to-one discussions with MDPs. It can cover a lot of ground very quickly, rapidly conveying the nature of the campaign in a way that is both memorable and engaging. This frees up precious meeting time for you to concentrate on nurturing the relationship with your MDP, rather than being concerned with delivering a lot of information.

Ipad/Tablet delivery of the video is ideal for this scenario, being a very portable and friendly method of delivery. Using a hand held device, the video can be comfortably shared with anyone; for example, sat on a sofa or across a coffee table.

Your film can be downloaded so that it sits on the device itself, ensuring there are no connectivity hitches that might interrupt smooth playback.

Right from the early stages of your campaign, video is a reliable way to lock down your headline messaging and make sure all your advocates stick to the same story. This protects you from ‘Chinese whispers’ and the serious headaches that inconsistent messaging can bring.

Yes. Printed publications will do this too, but the multi-sensory impression of video is more memorable than print and speaks to those members of your team, who are reluctant to read or adhere to textual information. 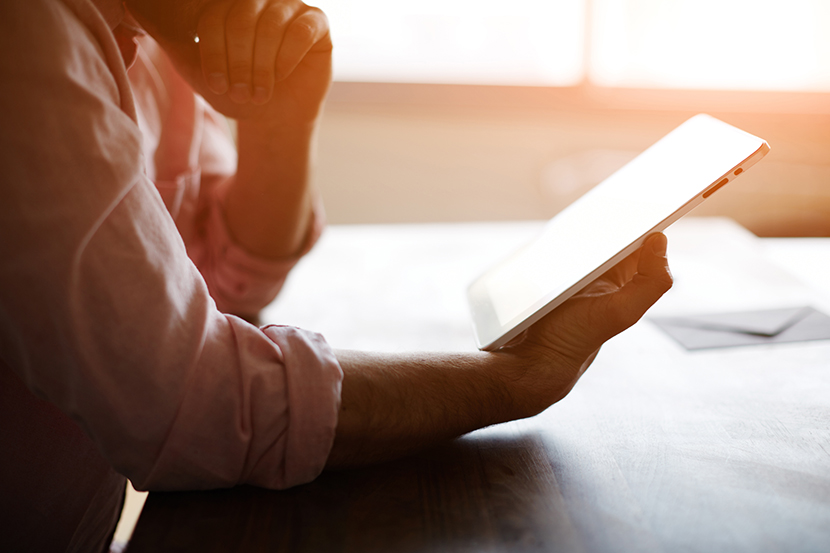 Invitation only events are another area where clients report particular benefit with video – and it’s where we are most likely to see the triggering of major donations.

A video provides a central focus for your event and with a skilfully crafted video, the musical and visual elements will intensify the emotional impact of your presentation.

Just as with important ceremonies, sports events and political rallies, the effect of strong images and music on a crowd can be extremely powerful.

Time and time again, research proves that although we claim to make rational decisions, very frequently our decisions are fundamentally emotional ones.

(We highly recommend the book Neuromarketing by Patrick Renvoise for more on this and on the power of visual and audio cues. He relates his findings to marketing, but many principles are transferable to any form of persuasion.)

The production values (the industry term for ‘quality’ in film production) and tone of the video is vital too in establishing the credibility of your campaign and securing the right emotional engagement with your audience.

This is where the skill of your video production company is key. Moving people to joy, hope and tears (or at least a lump in the throat) is a fine art – combining well honed skills such as filming and lighting, structuring narrative, interviewing, colour grading and music editing.

Rough editing, speech that sounds like it’s been recorded in a bathroom, music that has been slapped on the back of your video as an after thought, murky or overblown lighting etc… will result in a less than impressive video and undermine your potential donor’s confidence in you.

It takes considerable video production experience to hit the spot where your audience will be moved, but not turned-off by overdone sentimentality.

This final phase involves releasing the video to a public audience. It is in this phase that your video will help drive your engagement with a wider audience, ‘friendraising’ and securing giving at a more modest level.

In the scope of this article, we have ‘signposted’ some of the digital tactics that can be used to extend the reach of your campaign video, but we invite development sector professionals to get in touch if they would like any further explanation. You will also find more information about video release strategy in our past and future blog posts.

Obviously, putting the video on a website is essential, but the best results are achieved when other online activities are used to drive traffic to the website.

In conjunction with placing a development video on a website, your video can also be integrated into an email campaign.

This has the potential to help grow your constituency through the use of an email capture tool embedded within your video (see image below). When one of your recipients forwards the email featuring your video, this tool can capture new email addresses – a useful tactic in mopping up lost supporters or alumni. 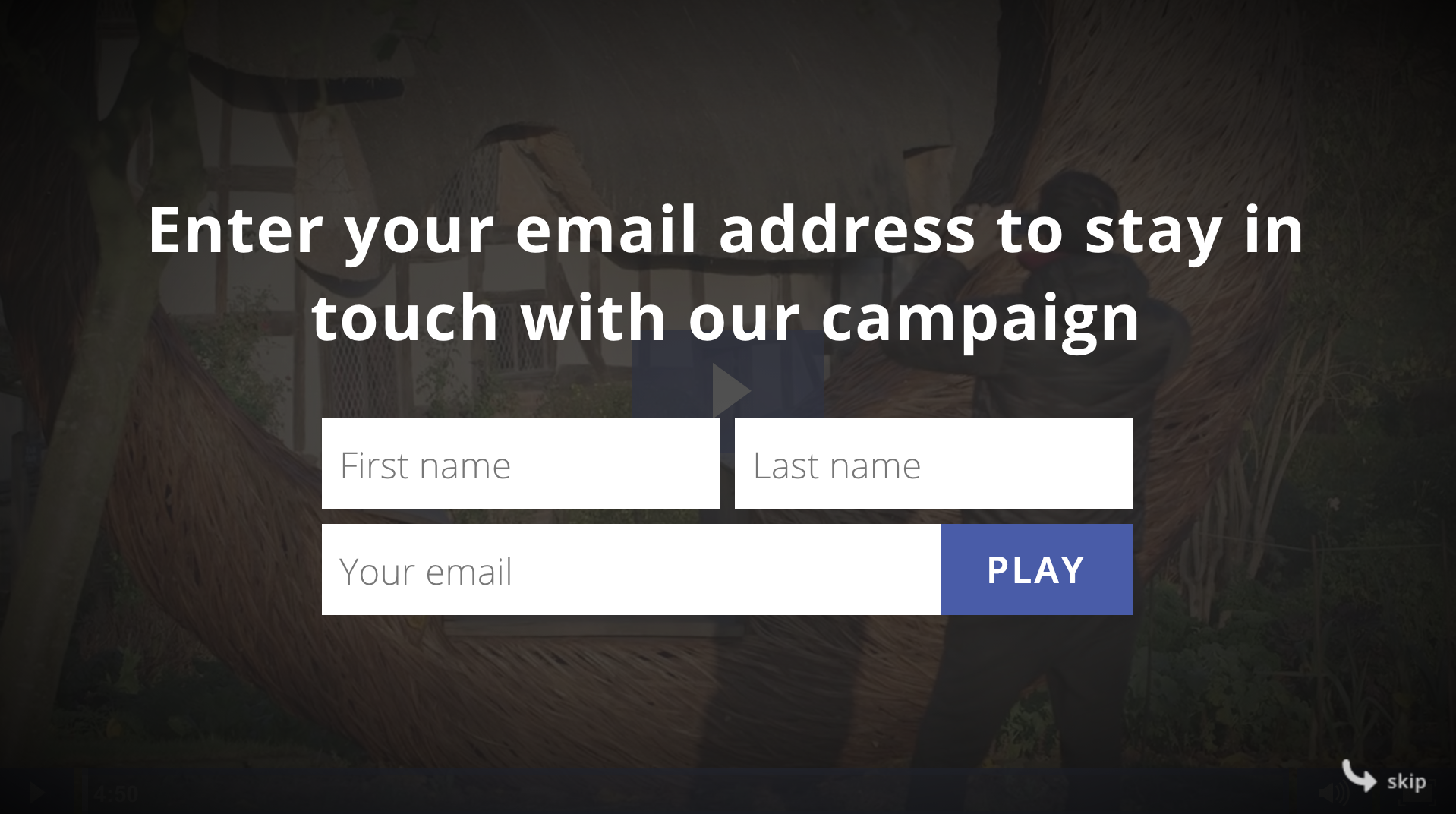 Further tools are available that will allow you to programme clickable links and call-to-action messages into the actual video player. These will be presented to the viewer as your video plays – for example, providing a very immediate action when the viewer reaches the end of the video. In this way your audience can be prompted to sign-up to newsletters, get in touch, download a document or register for an event.

Most alumni or supporter communities now have at least one social media channel. The challenge is to get your users away from social media and onto your website, where they can engage with your campaign at a deeper level.

For this reason, we recommend the use of short teaser versions of your main video, especially created for release on social media.

If you put your full length video on social media, you run the risk of people watching it and then staying on social media. They can be lost to cat videos and holiday photographs, instead of visiting your website and learning more about your campaign.

Typically, a social media teaser video is between 20 – 60 secs long and is accompanied by a prompt to hook interest and drive viewers to your website in order to watch the full length video. Once on your website, you have your audience’s attention and can guide them towards further engagement with your campaign.

Instagram, Facebook, Twitter, LinkedIn and YouTube are the most frequently used distribution platforms for teaser videos. They all have different requirements in terms of optimal video duration, tagging for discoverability and display options. At Blue Sky we work with our clients to create different social media teaser videos to make the most of the platforms that are favoured by potential campaign supporters.

Having your video on a webpage that is discoverable through search engines, such as Google, is also important in driving up viewings of your video. By and large, we find this is done very poorly, but there are lots of tactics that can be used to increase the exposure of your video through video SEO (Search Engine Optimisation). Using specific techniques, your video can even be recycled on several webpages in a way that targets different segments of your audience, without damaging your wider search engine listings.

This is a huge topic  –  but for starters here are some of our headline recommendations:

The Flexibility of Video

Unlike print, video is a highly flexible medium to work with. When something goes to print on a large print run, there is no going back. Problems arise when three months down the line, the world has moved on and your printed publication is no longer entirely accurate.

Not so with video – for a modest cost, material can be re-shaped or expanded in response to the evolving nature of your campaign. Once this is done, it’s also very easy to replace any video you have online with a fresh upload of your revised version.

To illustrate – we recently produced a fundraising video for a prominent independent school, in support of their campaign to build a new arts centre. Among other things, the proposed development included a concert hall, drama studio, rehearsal rooms and attractive public meeting spaces.

In the first release of the video, emphasis was given to the ways in which the arts centre would benefit music and drama students. At this stage, the audience was typically the parents of musical or theatrical students and alumnae who had a passion for either music or drama. Once this element of the campaign constituency had been targeted it was time to widen the net.

In the second release of the video, about 20% of the video was re-filmed and re-edited. This time the story encompassed the wider benefits of the new arts centre and was designed to appeal to those who may not have a specific interest in music or drama.

The updated version of the video explained how the public rendezvous spaces would benefit the whole school community, providing space for art exhibitions, informal and formal events – guest speakers, match teas, parents meetings and awards presentations –  along with a wide range of social gatherings.

Given the right strategy, video can represent an excellent return on investment for development campaigns.

For example, we’ve produced video that has been instrumental in securing donations from individual donors in the region of £250,000 to £1,000,000.

In addition to donations like these, in the later stages of a campaign a well-made video will continue to work over time enhancing wider public engagement and further donations at all levels of giving.

And finally … key points to remember

In our conversations with development professionals we encounter a wide variety of opinions on the value of video. Some are passionate enthusiasts and swear by the medium, others report that they have tried it in the past and are ‘luke-warm’ about the results.

There are often good reasons for these differing outcomes and in our experience success often boils down to two factors.

If you would like to talk to us further about how video can enhance your campaigns, please contact us on: