How Do I Prepare To Be Interviewed for a Video ?

Home/Shooting Video, Video Interviews, Video Project Management/How Do I Prepare To Be Interviewed for a Video ?
Previous Next

How Do I Prepare To Be Interviewed for a Video ? 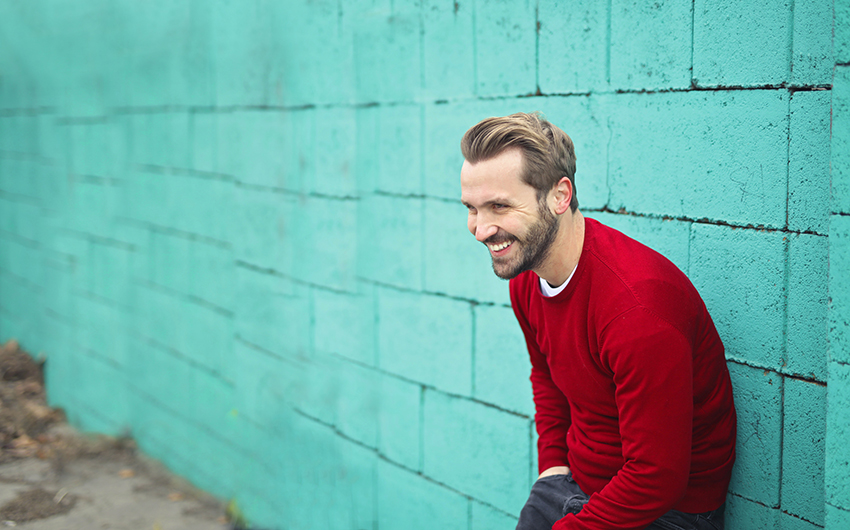 There are times when a highly creative, dramatised or scripted format for your video will be the right choice for your audience and goals.

On the other hand, there are also situations when a talking-head interview video can be a compelling choice for your video requirements.

Most talking-head interviews are produced through a ‘prompted interview’ technique. This results in the simple, but effective, immediacy of one person talking to another and as social animals we are used to making sense of the world in this way. It’s how we learn from each other and how we build relationships, and it’s why prompted interview videos remain a well-founded approach for many projects.

What Exactly is a Prompted Interview?

By ‘prompted interview’ we mean a semi-structured conversation, whereby the interviewer asks the speaker open-ended questions on predetermined themes. The questions are designed to capture authentic and first-hand descriptions of the speaker’s opinions, knowledge, experience and feelings. Prompted interviews are unscripted and allow the speaker to be themselves.

Most commonly, the speaker will be looking at the interviewer – who is off camera – rather than into the lens. This creates a feeling of rapport and intimacy between the speaker and the off-camera listener. From the audience’s perspective, it’s as though they’ve been allowed to drop in on a real-life genuine conversation.

How To Prepare For Your Prompted Interview

If you’ve been asked to participate in an interview for a video, you may well be wondering how best to prepare for filming. Below are some points that can help things run smoothly on the day.

One: Do Not Rehearse What You Are Going To Say

This may seem counter-intuitive to you and it’s often the most senior or high-profile speakers who are most tempted to rehearse what they are going to say – but please, please resist the temptation to do so.

Yes – it’s true that in many situations in life, some conscientious preparation produces the best results, but believe us when we say –  this isn’t one of them.

Rehearsed interview responses nearly always lead to ‘wooden’ results. The speaker will look and sound stiff and unconvincing. Audiences are sensitive to inauthentic responses on film and rehearsed answers will often be perceived as false.

In addition, rehearsing can result in a lack of personality and warmth on screen, and tends toward a clichéd intonation. All this can be a big turn-off for many viewers.

Two: A Brainstorm Can Be Helpful

If you really feel the need to ‘prepare’ for your interview, then a quick brainstorm can be a good way to stir up ideas prior to filming. This can be done alone or with others who know your subject or who have similar experience to you.

A good brainstorm is done in a non-judgemental way, in which you bullet point all the ideas that come into your head whether they seem good and bad, relevant and irrelevant.

Do not be tempted to craft actual sentences. Stick to keywords and short phrases only for your bullet points.

The mere act of doing this will highlight some things worth mentioning and can help enrich your responses once filming begins.

Avoid referring to your bullet points during the interview, as this can interfere with the natural development of the dialogue with the interviewer. You can always check your points at the end of the interview and then take the opportunity to voice anything you think may have been missed out.

In the hands of a skilled production team, prompted interviews unfold in a conversational way, so that the speaker’s responses are natural and spontaneous.

It’s important that you trust your interviewer, so don’t be thrown if the line of questioning is not quite what you imagined. Just go with the flow.

The interviewer may just be warming you up or experimenting with a different angle to get a fresh sounding response. They may also be seeking a variety of responses so that the editor has some options during the edit.

A professional interviewer will have done their homework and be clear about what they need to cover. It is their responsibility to steer you through the conversation – so sit back and relax, and take it one point at a time.

Five: Include The Answer in The Question

In the vast majority of situations, the interviewer’s questions will not be included in the film. This means your answer needs to quickly let the audience know what topic you are referring to.

The way to do this is to include the subject raised in the question in the beginning of your answer.

Interview Question: Tell me about the most rewarding aspect of your job?

(If you answer ‘Helping people’ – the audience won’t have any idea what you are referring to.)

Interview Answer: For me, the most rewarding aspect of my job is helping people and I find that…

Or you could paraphrase for a more natural response by simply saying ‘ I love to help people in my job.’

Six: Let Go and Don’t Be Too Careful

As much as prompted interviews can be steered to cover the required messaging, they can also throw up ‘gems’ of insight and anecdote that no one ever anticipated during pre-production planning.

These ‘discovered’ aspects to your story, are often the elements that can give your video a distinctive personality and are particularly moving or persuasive. They can provide the moments that are most remembered by your audience too.

That said, you need to really let go and be yourself for these ‘gems’ to arise. Don’t be scared of saying the wrong thing, upsetting your boss or looking foolish. If you worry too much about getting it ‘right’ you will probably end up sounding uninspiring.

It’s always worth remembering that your interview will be edited. The best of your responses will be selected and shaped even further to ensure they are completely on brand and on message.

This means that unlike a public speaking engagement or a live broadcast, there is no pressure to be completely word perfect.

If you say anything inaccurate, inappropriate or just plain daft – you don’t need to worry. The production team are there to present you in the best light, which means they won’t use anything you say that is off the mark. Slips and wrong turns will be removed in the edit.  So relax, and have a little fun and experiment with your ideas.

When feeling under pressure to ‘perform’ in front of the camera, people often become frightened of pauses and tend to talk more quickly. They do this because they don’t want to appear at a loss for words, when in fact slower speakers can often make a good impression on viewers.

If you are relaxed about pausing when speaking you tend to come across as authoritative and confident. It also helps you formulate more thoughtful responses and it gives your audience time to digest what you are saying.

Editors also like slower speakers, because it makes it a lot easier to cut between words and phrases.

Take a deep breath and don’t rush. People frequently speak too quickly, but very rarely would we have to ask anyone to speed up.

Smiling at the beginning and end of what you have to say will make your video interview more engaging for your audience.

In most countries, research shows that if you smile, people are more likely to trust you and that means they will be more inclined to believe what you say.

This only works with ‘real smiles’ that include your eyes and not just the corners of your mouth.

Of course, there may be rare occasions when the subject matter is so serious that a smile would be inappropriate, but generally most interviews are energised and lifted by a few smiles.

Often it’s the case that we capture the strongest footage towards the end of an interview, where the interviewee feels that the job is done and begins to talk freely from the heart.

Don’t be frightened to show some emotion about what you know or have experienced – no matter what it is. Any topic will be interesting on film when the speaker shows some genuine enthusiasm for their subject.

What you feel might be an over emotional way of expressing yourself in your interview often appears more subdued on camera than you might think.  Showing some genuine passion for your subject can be just what’s needed to make an interview truly engaging and believable for your audience.

… a filmed interview is a great chance to document or celebrate what you have achieved, your ideas, knowledge and experience. So go for it, and let your production team do the rest.

If you would like to explore ideas and possibilities for your own video production project, please contact us via our Bristol or Cheltenham office at either –